Solitaire Love is a FREE Online Klondike Solitaire game (with no ads) that you play in your web browser. There is an easy (1 card deal) and a hard (3 card deal) level. Double tap on a card to “autoplay”. If you love playing Klondike Solitaire, this simplistic online version is all that you need to exercise the mind.

Tech News for You

There are many Klondike Solitaire games available on the internet that you can play in your browser; but, it is hard to find one that is ad free, until now. You need to check out, Solitaire Online.

Solitaire Online is one of the nicest looking Solitaire games I’ve come across that can be played full screen in your browser without any ads glaring nearby.

Retry function that allows you to start new game with same cards at start.

You can play offline. – Different themes, backgrounds and card backs to choose from.

This collection can be downloaded to your computer directly from the Microsoft Store. Just follow the source link below and you will see a “Get” button on the site to initiate the process.

Solitaire remains the most played computer game of all time, and for good reason. Simple rules and straightforward game play make it easy to pick up for everyone. 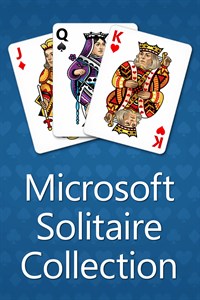 Solitaire has been part of Windows for more than 25 years, and the Microsoft Solitaire Collection makes it the best experience to date with five different card games in one:

Klondike
This version is the timeless classic that many people just call “Solitaire.” Try to clear all the cards from the table using one or three-card draw, while using traditional scoring or the Vegas scoring system.

Spider
Eight columns of cards await your attempts to clear them with the fewest moves possible. Start out playing with a single suit until you’re comfortable, and then see how you fare when using two or even all four suits in a game.

FreeCell
Use four extra cells to move cards around as you try to clear all cards from the table. More strategic than the Klondike version, FreeCell rewards players who think several moves ahead.

TriPeaks
Select cards in a sequence, either up or down, to earn points and clear the board. How many boards can you clear before you run out of deals?

Pyramid
Pair two cards that add up to 13 in order to remove them from the board. Try to reach the top of the pyramid. See how many boards you can clear and how high you can score in this highly addictive card game!

FRVR Klondike Solitaire is the BEST online solitaire that you will find that you can play directly in your web browser (on your computer, tablet or smartphone).

A true to the original remake of the classical Klondike Solitaire game everyone knows and loves. The game features vibrant graphics, smooth animations, a jumping card ending, and works great on any Computer, Tablet or Phone — well pretty much anywhere. Even better, there is no need to install anything, the game works right in your browser!

Nice…  You can play the games reflected below directly from within your browser. Pretty impressive GUI. Source link is below. Enjoy!

FRVR creates the next generation of games that runs right in peoples browsers. FRVR’s HTML5 technologies allows games to be built once and seamlessly published to all platforms.

Microsoft introduced the computer version of Solitaire back in 1990, with the intention “to soothe people intimidated by the operating system,” and at a time where many users were still unfamiliar with graphical user interfaces, it proved useful in familiarizing them with the use of a mouse, such as the drag-and-drop technique required for moving cards” [Source: Wikipedia]…