Canva is my “go to” online app for desktop publishing and graphic design. There is a FREE and paid option to Canva and I have found that you can create stunning results with the FREE version as long as you use the graphics that are marked as free (and there are thousands of them). I often use graphics I find on the internet to plugin (copy/paste) to whatever project I am working on. Canva can also be downloaded and installed as a Windows and Mac application; but, I typically use Canva in my web browser on my Chromebook. With Canva you can let your imagination flow to create signs, cards, logos, newsletters, resumes, infographics, social media headers, and posts, etc … Give it a try; you will be impressed! 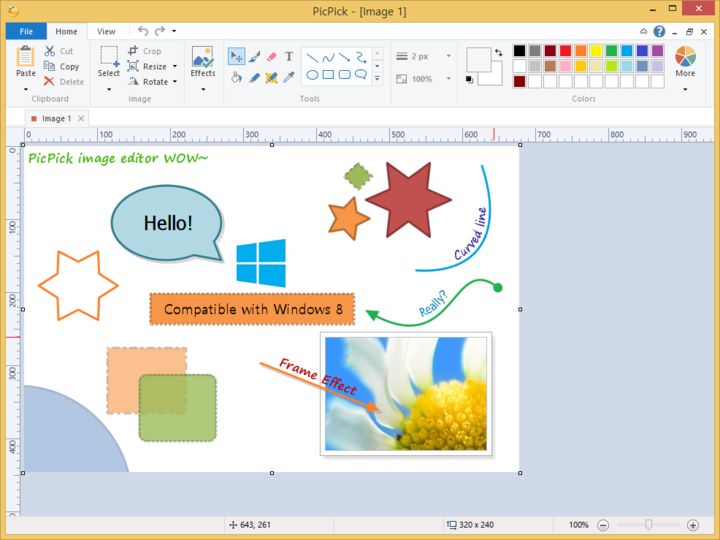 If you are into graphic design, these Christmas themed icon sets may be for your liking…

There are numerous online graphic design editors out there. It is just the matter of finding them. This is where the site “I Love Free Software” comes into play in finding the gems. They recently posted and reviewed “5 Online Postcard Maker Websites” for you to try and my favorite on their list is Crello. With Crello you can create a whole lot more than just postcards with their free templates to make stunning visuals. For example, they have a template for Facebook posts that I use to make my posts look original.

Here are 5 free online postcard maker websites. With these websites, you can make beautiful postcards in a matter of minutes and print or download them for free.

AND, if you want the real easy way of getting to Google Drawings, just [CLICK HERE]

As the old saying goes, “A Picture Is Worth A Thousand Words” and the developers of PicSay, have nailed it. I was looking for a good photo editor for my Chromebook and came across the Android app called PicSay. The catch here is that you do have to have a Chromebook that will run Android apps. If not, I still highly recommend PicSay for your Android Phone or Tablet. As a matter of fact, after testing PicSay, I ended up buying the app and installing it on my Chromebook and all my Android devices. It is probably the best Android app I have installed and run on the Chromebook. There is a FREE version of PicSay (with limited features) and the paid version called PicSay Pro. I encourage you to try the free version first to determine if it is something you will like.

Trust me, you will not go wrong with his app if you are into editing photos and graphic design.

Supports high resolution editing up to 13MP for devices that can handle it.

For my Chromebook was looking for a graphic design program and stumbled across Desygner which is an online web app that you use in your web browser. So far, very impressed with what I can do with Desygner. I especially like the idea I can search for and use images that are 100% royalty free and can also use Google search to find images, as well.

Desygner is a free graphic design software with hundreds of ready-made beautiful templates which can easily be tweaked, shared and printed in minutes. Design online and create your own stunning designs from your computer, tablet or phone. Become a Desygner today, and start creating social media posts, header images, banner ads, business documents, marketing materials, and more.

Source: Desygner | Design online from your computer, tablet or phone