Thieves are using free Bluetooth-scanner apps to locate and identify high-value electronics in cars before breaking into them.

As of the date of this posting, you can get a coupon savings of $5  on the TaoTronics Bluetooth 4.2 Computer SoundBar at Amazon. Even without the coupon savings, the ratings on this soundbar is very impressive to indicate that the regular cost is still a good buy. 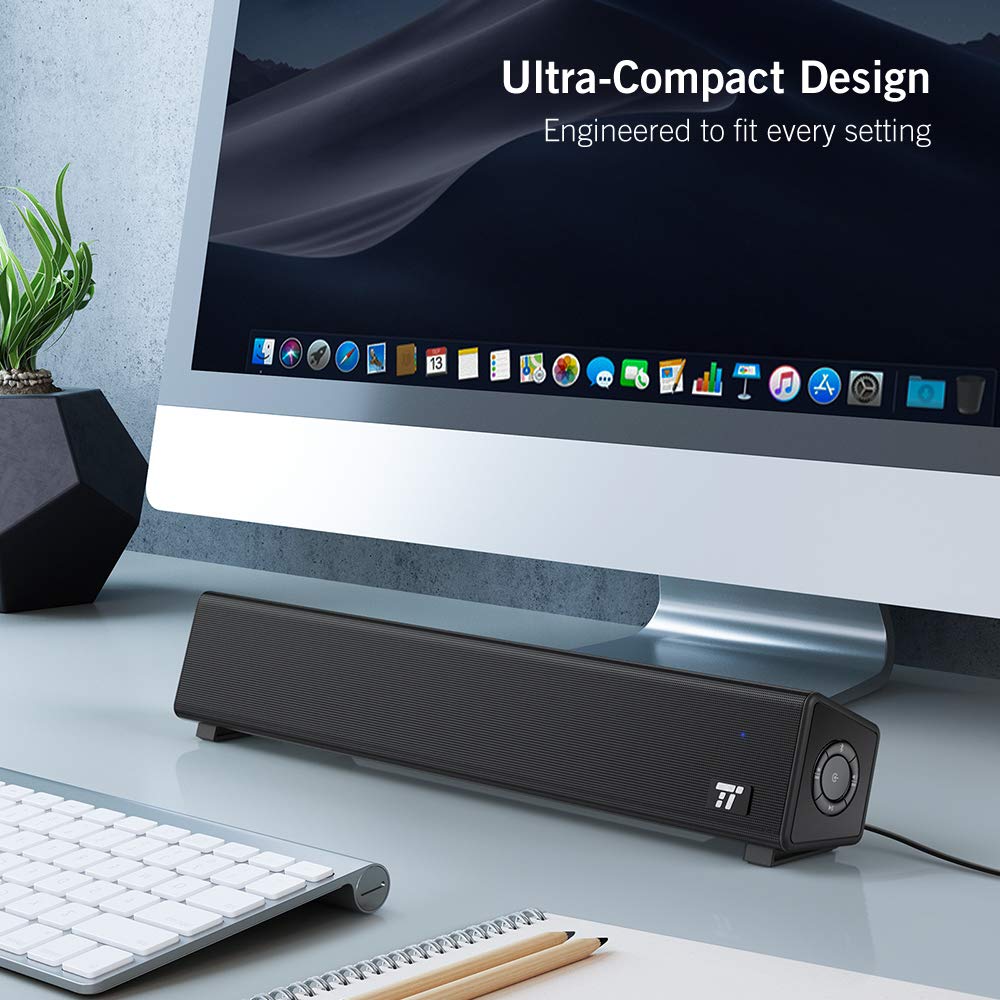 Check out that these wireless headphones have been reviewed over 25,000 times at Amazon and is carrying a 4 star rating (and is recognized as an “Amazon Choice”). Very reasonably priced…

There is an abundance of “excellent” sounding speaker and stereo systems out there that people end of disposing of because those systems lack the bluetooth wireless technology where you can stream music from your smartphone (or tablet). My advice to you is this: Do not dispose of your speakers or sound system; especially if it is a system of excellent sound quality and especially if it is a system that you have an emotional attachment to. There is a very simple (and inexpensive) solution to this problem. It is called a “bluetooth audio adapter”…

For example, I have an older Bose tabletop audio system that is of older technology, that still sounds as good as the day I purchased it; however, it lacks the ability to stream music from my smartphone via bluetooth. To remedy this problem, I purchased a bluetooth audio adapter, by Logitech (see below), that connected to the “audio in” jack on the Bose unit. The adapter came with its own power cord and an audio cord that can be used either via the RCA or 3.5mm jacks. After connecting the bluetooth adapter to my Bose unit and powering it up, it was just the matter of pairing the adapter with my phone. I was literally up and running in minutes and now I have an endless source of music that can be steamed and played through my Bose unit.

If you want to explore other adapters, there is a link provided below that will redirect you to Amazon to look at the choices. I went with Logitech due to Logitech being a commonly known brand name.

As I indicated, the adapter I ended up going with was the “Logitech Bluetooth Audio Adapter for Bluetooth Streaming” (at Amazon of course). Click on the links below to see the reviews (which is over 3,200 reviews).

Stating, “Best Bluetooth Multi-Device Keyboard Out There” is my personal opinion; HOWEVER, I will tell you that the Logitech K380 Multi-Device Bluetooth Keyboard is, by far, the best bluetooth keyboard I have ever owned. I have tried quite a few bluetooth keyboards and my experience with them have not been good. I would often experience lag time when typing and disconnects from the device I was using.

The Logitech K380 changes all of that: but, the main feature of this keyboard is that you can connect up to three devices to the keyboard and toggle between the three on the fly. For example, I connected my Minix NEO Z83-4 Mini PC, my Samsung Galaxy Tab S, and my smartphone to this keyboard. Toggling between the three is a simple as 1-2-3 (number’s individually assigned to each device). I cannot get over how fluid this keyboard is. As a matter of fact, I am composing this article using this keyboard; AND, even though it is a mini keyboard, I would not hesitate in using it as my main keyboard. Another biggie with this bluetooth keyboard is that it takes two AAA batteries and according to Logitech the keyboard will give you 2 years of use between battery changes. The keyboard is available in four different colors.

As of this posting of this article, Amazon has the Logitech K380 on sale for around $30… Normally it is priced at $39.99… In my opinion, this price is reasonable, due to the fact that you have the option of connecting to 3 different bluetooth devices and that it is very reliable for a bluetooth keyboard.

Don’t know how long this deal will last, but you can get the Microsoft Universal Foldable Keyboard for iPad, iPhone, Android devices, and Windows Tablets at half price on Amazon. Two things jump out at me that I like and that is it is Bluetooth (4.0) Smart and has full-size keys. 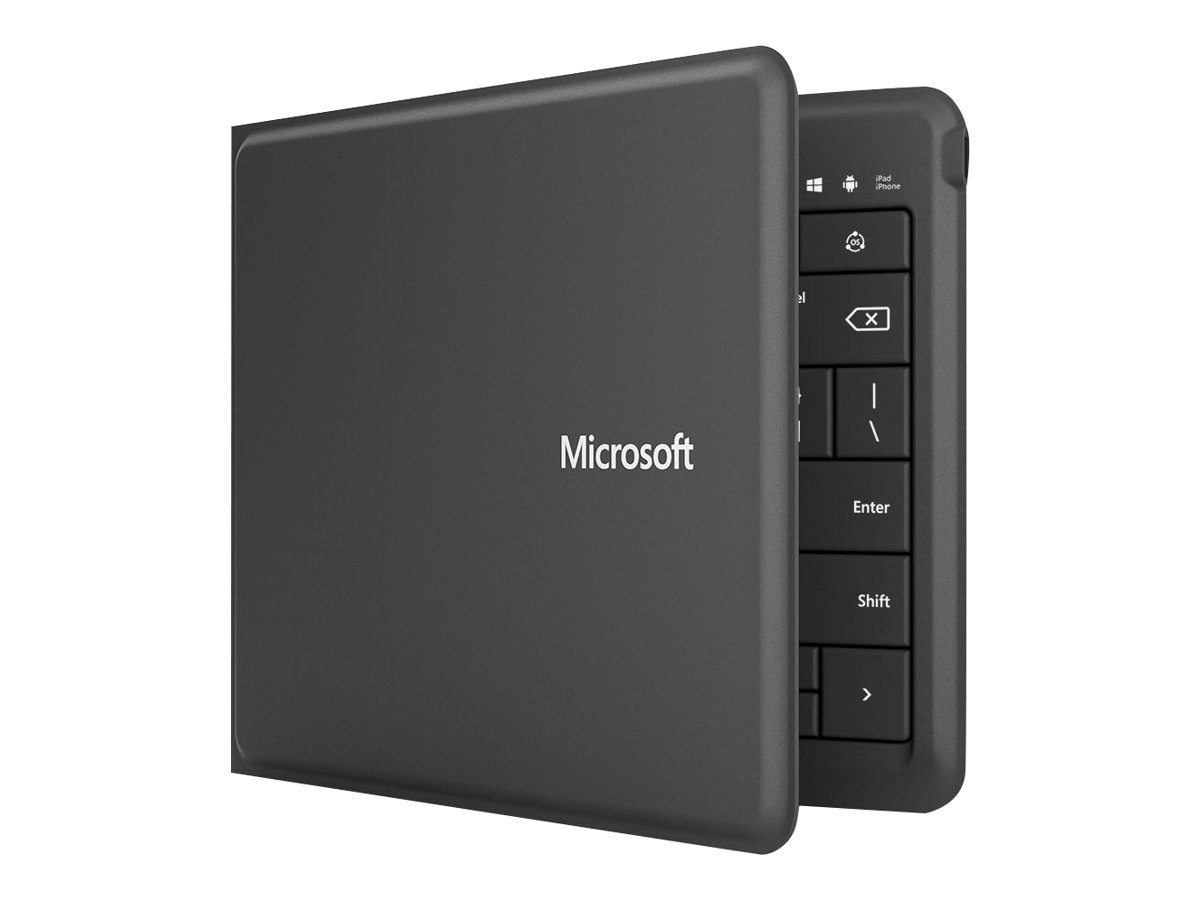 Bluetooth, the wireless technology standard for exchanging data over short distances, is about to make a major transformation that will allow you to make data exchanges, in a clear line of sight, up to 400 meters (1312.34 ft.). This new transformation will be found in Bluetooth 5 that is slated to be finalized by the end of this year or early next year.

According to the Bluetooth SIG (Special Interest Group), a formal announcement will be made, on June 16, 2016, in regards to the next version of Bluetooth. It will be marketed as Bluetooth 5.

“On the technical side, Bluetooth 5 has a lot to offer. As previously announced, it will double the range and quadruple the speed of low energy Bluetooth transmissions. But there’s more. Bluetooth 5 will also provide significant new functionality for connectionless services like location-relevant information and navigation. By adding significantly more capacity to advertising transmissions, Bluetooth 5 will further propel the adoption and deployment of beacons and location-based services to users around the world. It’s a great story and one we’re looking forward to telling from our upcoming media event in London on 16 Junedd”…. READ MORE

Have you ever paired your smartphone (or cell phone) with your car’s stereo in order receive or make calls?; or, Paired your music device with headphones?; or, Paired a keyboard with a tablet?  If so, you was using bluetooth wireless technology to make the connection possible (over short ranges and distances). With this weeks coming announcement of Bluetooth 5, the range will be doubled and the speed will be quadrupled.

Bluetooth is a wireless technology standard for exchanging data over short distances (using short-wavelength UHF radio waves in the ISM band from 2.4 to 2.485 GHz[4]) from fixed and mobile devices, and building personal area networks (PANs). Invented by telecom vendor Ericsson in 1994, it was originally conceived as a wireless alternative to RS-232 data cables. It can connect several devices, overcoming problems of synchronization.

Bluetooth is managed by the Bluetooth Special Interest Group (SIG), which has more than 25,000 member companies in the areas of telecommunication, computing, networking, and consumer electronics. The IEEE standardized Bluetooth as IEEE 802.15.1, but no longer maintains the standard. The Bluetooth SIG oversees development of the specification, manages the qualification program, and protects the trademarks. A manufacturer must make a device meet Bluetooth SIG standards to market it as a Bluetooth device. A network of patents apply to the technology, which are licensed to individual qualifying devices… Source: Wikipedia