But why??? You are probably scratching your head in bewilderment and wondering, “Why would I want to destroy the data on my computer?

When your computer has completed its’ life and it is time for a new computer, it is very important to transfer your personal file data to your new computer;  AND, once that you are satisfied that has been completed, then it is doubly important to clean or sanitize (delete) the data on the old computer. By simply erasing the data on the old computer using the delete command just doesn’t cut it; besides, over the ownership period (approximately 5 years or more) of your computer, you accumulate personal data in places that it is impossible to even detect unless you are some kind of computer forensic expert.

What to do? I have assisted folks in this scenario and there are two ways I have made sure their data was gone, zilch, no recover, etc… The first way is, I remove the hard drive, disassemble the drive and destroy the platters. Often I will drill holes in the platters and give the shiny mirror-like platters back to them. Solid State Drives, I will disassemble and drill multiple holes. If you are into target shooting, shoot holes into the platters or SSD. The second way is to use software to sanitize the computer. This process is done in the event the user wants to donate the computer or hand it off to a friend. In this instance, a “FREE” software option to use is “Active@ KillDisk Freeware” which contains a sanitize and erase option called “One Pass Zeros” option where the number of passes is fixed and cannot be changed. When the write head passes through a sector, it writes only zeros (0x00 characters). What this means is the software writes over the existing data to make recovery next to impossible. There are also commercial versions of this software available that has even more options for nuking data. 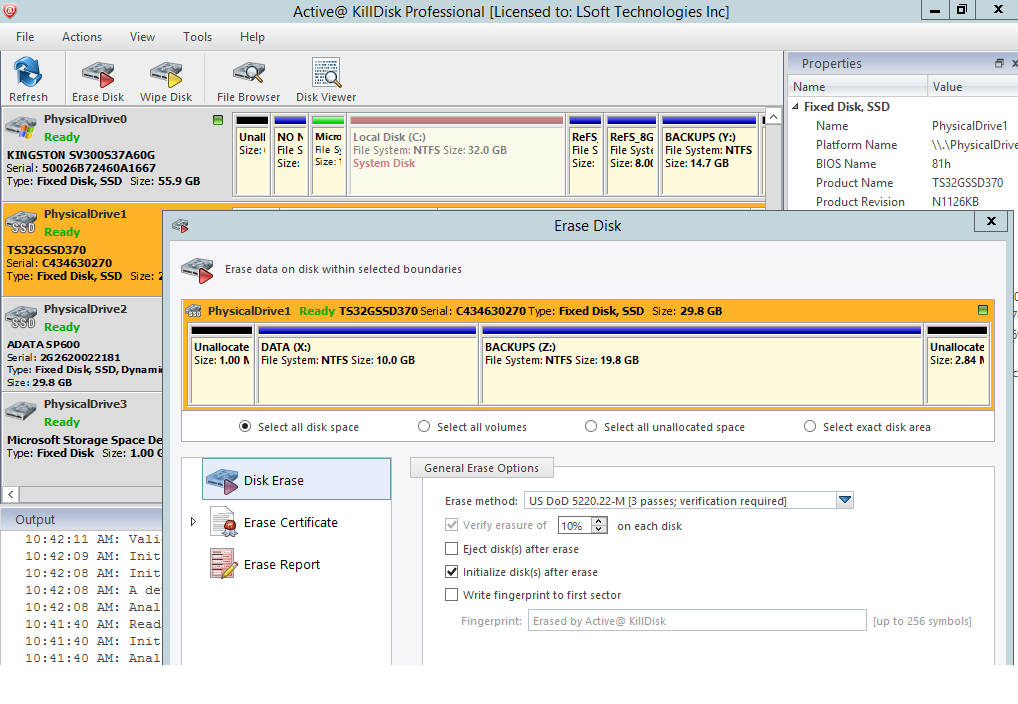 Freeware version includes Windows executables, as well as Console Boot Disk ISO image containing KillDisk pre-installed and bootable disk creator for CD/DVD/Blu-ray & USB disks. With Boot Disks you can boot up and sanitize any PC without needing to boot to the computer’s operating system first. System disk (where Windows OS is usually installed) can be easily sanitized this way, which isn’t possible when you run KillDisk under your computer’s Operating System.

So, the bottom line here is; prior to handing over any computer, make sure it is sanitized… If you fail to do this, you are at very high risk of handing over sensitive personal data that could come back to haunt you.